Last time we talked about what inspires encounter location design, and how to start the 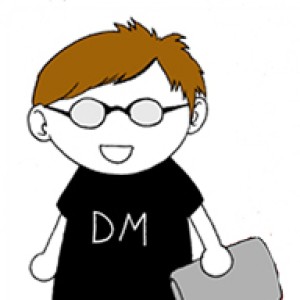 process. Inspiration for an encounter location can really come from anywhere, so when you have an idea make sure to record it. You may not get to it right away, but it’s great to have a list of ideas on hand. If you’ve ever been faced with needing to run something for your players on the fly, you’ll find such a list invaluable.

But that’s not you right now. Right now you have your brilliant encounter locale idea, and you want to flesh it out. So let’s look at next steps. These steps don’t have to be followed in any particular order. And in fact, you will likely find yourself tweaking and adjusting each area as you go, based on something you come up with in another step. That’s good. Nothing is set in stone until the players get there, and even then it’s less stone and more a really solid but malleable clay.

Think about the details of the setting’s environment. How is it going to impact the characters? Is interacting in the environment difficult, or is the locale outright hostile to people? Many of these details will have a mechanical impact on the characters, either damaging, debilitating, or in some cases even enhancing them. For instance, if your locale is an underground magma flow you may have to look up your game’s rules for high-temperature environments.

Not everything in your setting will have, or needs to have, a mechanical effect. Sometimes it’s just as useful for the setting to evoke a particular feeling or mood. I’ve definitely tailored my abandoned crossroads station around a particular mood, dread. The area around the crossroads is very open and bare, so the man-made features, like the gallows and the tower, stand out. But while those might be the most noticeable things from a distance, there are also features revealed as the characters draw closer. If you look at the map from the previous article you’ll see what appears to be an empty field in the northern corner of the crossroads. That field is anything but empty, but the players won’t know that until their characters get closer. Then it will become apparent that the empty, grassy field is packed with a series of small mounds, not unlike unmarked graves. None of them look like they’ve been disturbed (for now). But imagine describing this field of mounds, the wind rustling through the grass (almost sounds like whispering…), and across the field, ropes dancing in the wind, stands a gallows. Yep, can’t wait for my group to go there.

Once you’ve filled out some of the details of your location’s environment, it’s time to think about what might live there. Looking at the magma cavern example again, fire elementals and fire giants would be really obvious ones (nothing wrong with obvious, by the way, as long as your players have fun). But there could also be creatures that just enjoy being warm, that have taken advantage of the magma flow to take up residence in side caverns close by. Duergar (or even just a group of regular dwarves) could have set up shop, taking advantage of the flow to aid in smithing or ore processing. Maybe the local goblins use the location for ceremonies, and the rare occasions they want to cook meat quickly.

Also take a moment to consider whether what lives in your location might have predators. I don’t know what might hunt fire elementals regularly, but if there was something, they’d likely be keeping an eye on local magma flows. If dwarves are using the location maybe orcs want to take it from them; the characters could arrive in the middle of such an attack. Conflict is always exciting, so think of ways such conflict might exist at your location.

Conversely, who is allied with the creatures in your encounter? If Duergar have set up shop at the magma flow, can drow seeking trade be far behind? Any number of subterranean races could trade with the grey dwarves in this situation, and it might be the perfect way to introduce your players to some creature they might not encounter without weeks of underground travel. Or if goblins are using the location for ceremonies, maybe there is a fire elemental smart enough to pretend to be a god, demanding tribute from the goblins in return for favours.

The more layers of creatures you can add to the environment, the more “lived-in” it will feel. That doesn’t mean you have to force something to be there if it doesn’t fit. And sometimes the environment is so hostile that your creature pool is limited. But do give some thought to the creatures you place in your locale beyond their stats and treasure.

You’ve created a location interesting enough for the players to send their characters to investigate. You’ve given them cool creatures and challenges to overcome when they arrive. Now what do they get out of it? Sure, sometimes killing monsters is its own reward, but is doesn’t buy you a round back at the inn.

The most obvious sources of treasure are, of course, the creatures you’ve placed there. Duergar or dwarves will have items they’ve created, as well as the raw materials for making those items. Heck, the smithy itself is treasure, when looked at from a certain point of view. The goblins will have whatever they’ve been giving to their fire elemental god, as well as whatever they’ve been holding back from their fire elemental god. If creatures have lived in the location long enough, they’ll have likely collected a number of interesting and potentially valuable items.

Maybe your group of adventurers weren’t the first to find and explore the location, they’re just the first to do it casualty-free. Bodies of previous explorers are a time-honoured way to get loot into the hands of the next generation of adventurers (especially if that loot is cursed, or has a mind of its own). Who knows, somewhere down the line your player’s characters might continue that tradition.

This is a good time to think about what might have been in the location before the current creatures. Maybe there are items hidden away by the previous inhabitants, as yet undiscovered. May the current inhabitants have only just recently discovered hidden items or treasures, and the adventurers arrive just in time to take them away. Maybe the hidden item is why the characters journeyed there in the first place, only to find your creatures in the way. Hilarity ensues.

Is the location itself a treasure? Does, the burbling fountain in the corner, once part of an ancient temple, bestow some type of benefit if drank from? Is the magma actually the molten form of a very rare metal, and can it be harvested? If you spend the night in the haunted mansion, do you actually get to make a wish like the local rumours say? Never be afraid to make your location, or even just a part of it, something wonderful and precious. Then make the players work to earn the benefit.

That’s it for this post. Next time we’ll look in a bit more detail at how I’ve combined some of these elements in my abandoned crossroads station. And I may even have a nicer map to show you! Until then, feel free to leave a comment below and share your encounter thoughts and ideas.